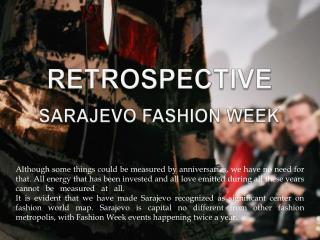 Australian Fashion Week - On the runway and backstage at australian fashion

Week in Fashion - Style highlights from the runways this

FASHION WEEK 2009 - . lucy is wearing a beautiful wined colored coctel dress, perfect for any event she is also wearing