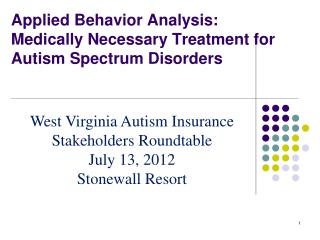 Supporting Autism Initiatives in Michigan… - . recent developments in the care and support of individuals with asds;

Trumpet Behavioral Health - . maximizing the potential of the clients we serve. about trumpet behavioral

Please visit their table during the break and after the lecture! - Uhcl autism speaker series. special thanks to

Bio-Behavioral Approaches to the Assessment and Treatment of Autism - . wayne w. fisher university of nebraska medical