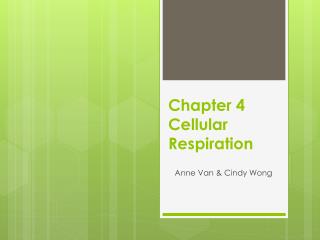 22 - . the respiratory system:. definition of terms. ventilation : breathing in and out respiration : exchange of gases,

Enzymes, Photosynthesis, &amp; Cellular Respiration Entire Unit - . 2012. goals for the day. be able to describe all

Respiration - . cellular respiration is the process by which cells transfer chemical energy from sugar molecules to atp