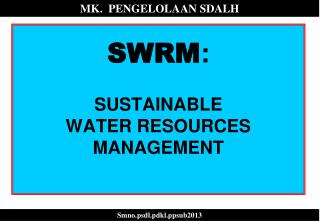 Sustainable Yale Your guide to more sustainable living in the Chemistry Research Building - . begin. this program will

Chapter 14 - Water resources. chapter 14. why is water so important?. all organisms are made up mostly of water plays a

Water Resources - . the hydrologic cycle. water occurs as a solid, liquid and gas amount of water is fixed the places

Sustainable Yale Your guide to more sustainable living at the Yale Residential Colleges - . begin. this program will help

Sustainable Yale Your guide to more sustainable living at Brady Memorial Laboratory - . begin. this program will help you