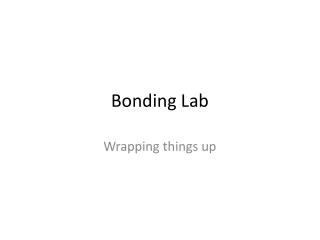 Bonding Lab. Wrapping things up. Checking results: station 5 check below- your solutions may have been contaminated!. Station 7 Conclusion: