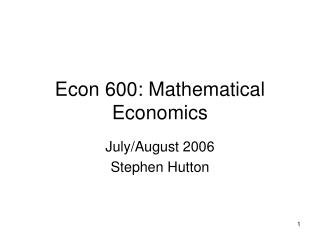 Econ 4a - . 7 th grade honors s.s. nikki miller seaford middle school. economics 4a review . to do have a seat agenda: