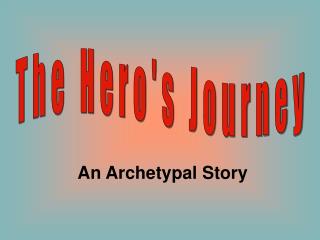 The Hero's Journey. An Archetypal Story. Archetype: A pattern, such as a type of character or type of story, that is repeated in literature. The hero ’ s journey is one of the oldest story archetypes on the planet. Some say it ’ s older than the Pyramids…. And Stonehenge….