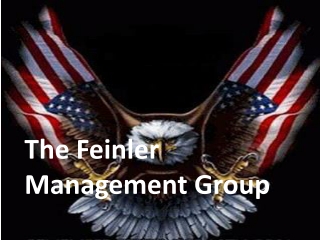 http://www.mydesert.com/viewart/20121110/BUSINESS/311100026/The-economy-Obama-now-faces-Slow-gaining?odyssey=nav|head# Experts say resolving fiscal cliff is critical to preserving progress WASHINGTON — Here’s the assignment President Barack Obama has won with his re-election: improve an economy burdened by high unemployment, stagnant pay, a European financial crisis, slowing global growth and U.S. companies still too anxious to expand much. The outlook isn’t all grim. Signs suggest that the next four years will coincide with a vastly healthier economy than the previous four, which overlapped the Great Recession. Obama used his victory speech to emphasize that the economy is recovering and promised action to reduce the government’s budget deficit, overhaul the tax system and reform immigration laws. “We can build on the progress we’ve made and continue to fight for new jobs and new opportunity and new security for the middle class,” he said. The jobs picture has been improving gradually. Employers added a solid 171,000 jobs in October. Hiring was also stronger in August and September than first thought. Cheaper gas and rising home prices have given Americans the confidence to spend slightly more. Slow but steady rise That said, most economists predict the improvement will remain steady but slow. Few think the unemployment rate — 7.9 percent — will return to a normal level of 6 percent within the next two years. The Federal Reserve expects unemployment to be 7.6 percent or higher throughout 2013. Economists surveyed last month by The Associated Press said they expected the economy to grow a lackluster 2.3 percent next year, too slight to generate strong job growth. From July through September, the economy grew at a 2 percent annual rate. Holding us back Part of the reason is that much of Europe has sunk into recession. Leaders there are struggling to defuse a debt crisis and save the euro currency. Europe buys 22 percent of America’s exports. China’s powerhouse ec Friends of Barack Obama - . william charles ayers and barack obama have been friends for decades. this is a man who has

Huray Obama! - . by: marina. he read every harry potter book. the books that barack obama read. barack obama. he wanted

Unit 6 - . role of government in a market economy. circular flow of a mixed economy. economic goals of federal

My computer is running slow, what steps can I do to fix it? - Are you facing problem with your pc/computer/laptop? need

1-866-503-0549 computer is running slow and freezes up - Are you facing problem with your pc/computer/laptop? need help