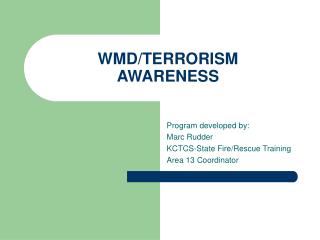 Approaching Counter Terrorism: The Global War on Terror and the Problem of Metrics - . michael stohl department of