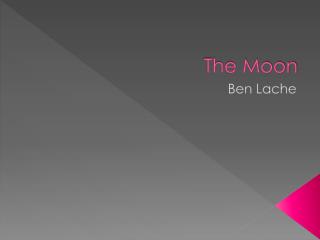 The Moon. Ben L ache. Phases. New moon during a new moon is almost directly between the sun and earth the moon looks dark we see no reflection of light