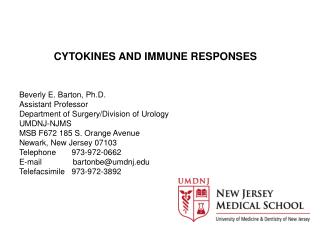 Applications of Immune Responses - . chapter 17. principles of immunization. immunization:is the process that an

Evasion and submersion of immune responses - . tuberculosis. tuberculosis showed that the disease most often caused by

Immune Responses to Viral Infections - . interferons. proteins synthesized and secreted by cells in response to virus

Pulpal and periapical immune responses to infection - . there is no evidence that necrotic pulp tissue per se can elicit