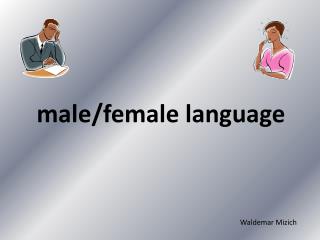 Man and Woman Language Variety - . do you think that women are linguistically more polite than men??? by:. great pressure

SO 4518: Femininity and Masculinity - Lecture outline. general overview of the coursehow different are women and men?.