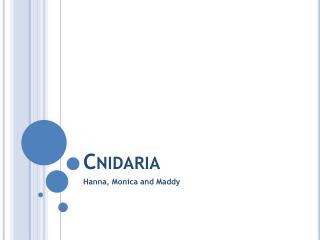 Cnidaria. Hanna, Monica and Maddy. Phylogenetic Tree. Kingdom. They are the first to show tissue level organization H ave no organs. T he adult forms are derived from two distinct embryonic germ layers, the ectoderm and the endoderm Higher phyla are triploblastic. Animalia.