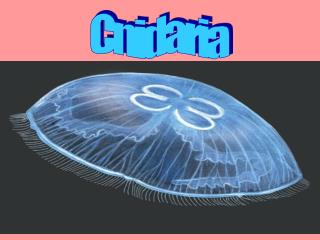 Cnidaria. General characteristics. The mouth opens at one end and leads to a digestive cavity. Every cnidarians has at least two layers of cells that form its body wall. The body of a cnidarians may be shaped like a cylinder, a bell, or an umbrella