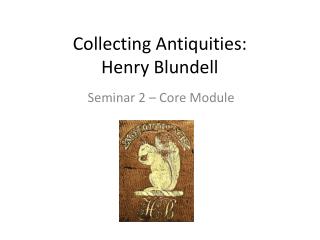 Professional Fees, Billing, and Collecting - . chapter 22. introduction. the practice of medicine is a business as well

Collecting and Analyzing Qualitative Data: All You Wanted To Know, But Were Afraid To Ask - . january 10, 2008 presented

Collecting Data for Well-Designed Forms - . chapter 4. “making good decisions is a crucial skill at every level.”