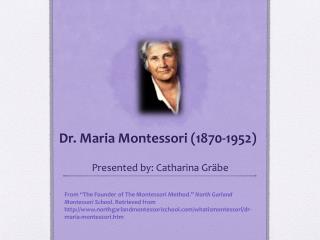 The Montessori Method - . age thirteen began to attend a boys' technical school. after seven years of engineering she