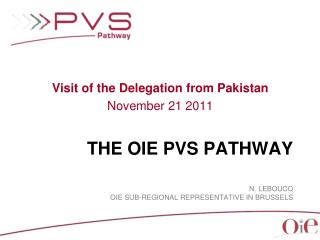 Visit of the Delegation from Pakistan November 21 2011. The OIE PVS Pathway N. Leboucq OIE Sub-regional representative in BRussels. THE OIE IN BRIEF. CHRONOLOGY. An intergovernmental organisation preceding the United Nations. 1924. 1945. 2003.

Regional Economics - . lecture 1 sedef akgüngör. class objectives. the aim of the course is to explore and discuss the

Mythic Iconic Pathway &amp; Problem Gambling - . gambling theory and treatment. where we have been? early research

WAGGGS VOICE - . a voice is. representative spokesperson. sound expression-communication. the right to express a choice.

Nociceptive Pathway - . by sitthichai wanachantararak. pain. there are several aspects associated with pain:

ROOTS OF REPRESENTATIVE GOVERNMENT – 5.2 - . the rights of englishmen in 1750 (before everything goes bad…).