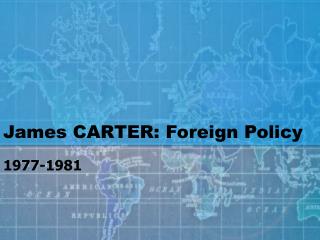 fusion of stuff - . crated by carter voices, sound effects by carter and sandy hasn’t done better than this. note: all

THE FOREIGN POLICY OF RICHARD NIXON - . “publicly, we say one thing….actually, we do another.” -richard nixon.