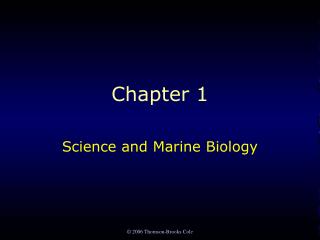 Marine Biology - . chapter 1. why we study the ocean. scientists study and try conserve the ocean for several reasons.

Marine Biology - . the ocean and its life by betty gullen. learning from above and below the water. before college. i

Marine Biology and Habitat - . by: jenna and hannah!. what is a habitat ?. a habitat is a place where communities of

MARINE BIOLOGY - . producers in the oceans. autotrophs - make their own organic compounds . can be done with

The Science of Marine Biology - . marine biology is a general science applied to the sea study of marine life nearly all

Marine Biology - . ocean habitats . a. there are two major marine provinces: the benthic (bottom) and the pelagic (water