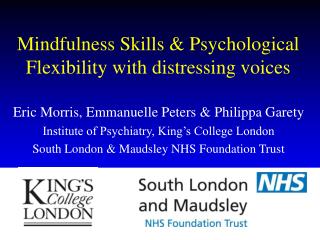 Mindfulness Practices - . richard e. berger, md university of washington. a definition of ‘mindfulness’. a way of

Mindfulness With Children - . with daniel rechtschaffen. what is mindfulness?. “ mindfulness means paying attention in

Learning Skills and Work Habits - . this year’s reporting system to parents will be different than previous years. an

Learning Aim B: Practically demonstrate Skills, techniques and Tactics in Badminton - . a guide book which describes the

The ABC Practical Mindfulness Course - . chris trepka 2009. why am i here, doing this?. i need mindfulness. we need