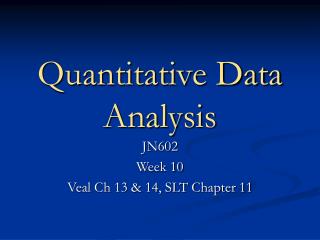 Analysis of Quantitative Data - . descriptive statistics. reporting data. the means by which data is reported is