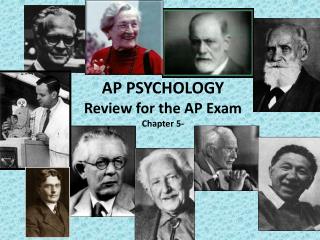 AP PSYCHOLOGY Review for the AP Exam Chapter 5-. MEMORY Chapter 9. Memory. Memory *persistence of learning over time via the storage and retrieval of information Flashbulb Memory *a clear memory of an emotionally significant moment or event *where were you when Kennedy died? Chapter 1 The Science of Psychology - . a little exercise. see in class!. topics to explore. the science of psychology

Review for Final Exam - Fashion merchandising… a look back…. review for final exam. chapter 1 – what is fashion?.

PSYCHOLOGY - . gcse. perception. how we learn. what is psychology?. atypical behaviour. memory. the study of mind and

Chapter 1 - . introduction and history of psychology. psychology is a broad field, with many specialties, but