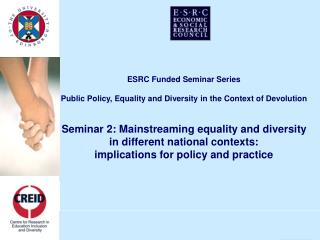 VERTEBRATE EVOLUTION AND DIVERSITY - . vertebrates have unique endoskeletons composed of: a cranium (skull) a backbone

EQUALITY AND DIVERSITY TRAINING - Improving working lives. equality and diversity training. why are we here?. raise