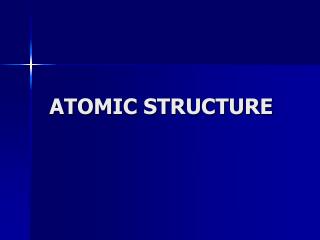 ATOMIC STRUCTURE - Ch. 3. atomic structure. sizing up the atom. elements are able to be subdivided into smaller and