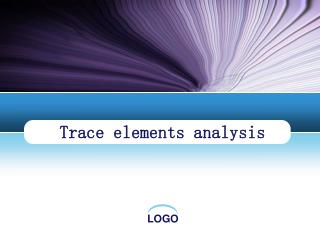 Trace Elements - Definitions - . elements that are not stoichiometric constituents in phases in the system of interest

TRACE ELEMENTS IRON - . iron metabolism. distribution of iron in the body between 50 to 70 mmol (3 to 4 g) of iron are