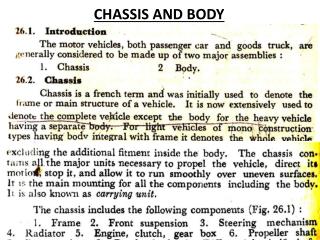 Benefit of Use Steel for Car Body and Chassis - Steel is the primary material used to make cars, mostly in car body and Chassis System - . chassis is the systems between the body and the road and includes frame/sub-frame, suspension (front