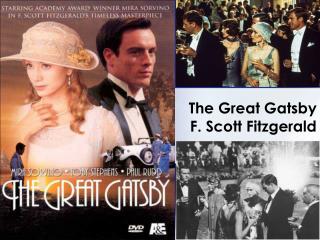 The Great Depression - . from boom, to bust, to dust…. timer. ranking the causes. stock market crash of the great

How Great Thou Art - . o lord, my god, when i in awesome wonder consider all the worlds thy hands have made. i see the

GREAT GATSBY JEOPARDY - . reminder i need your books by friday or you will be charged for them your post secret is due

The significance of water in The Great Gatsby - The great