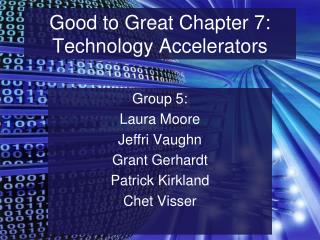 Chapter Eighteen - . technology. technologies. a technology is a process by which inputs are converted to an output. e.g.

Chapter 12 - . enterprise and global management of information technology. learning objectives. identify each of the

Chapter 7 Why Diversification Is a Good Idea - . the most important lesson learned is an old truth ratified. - general