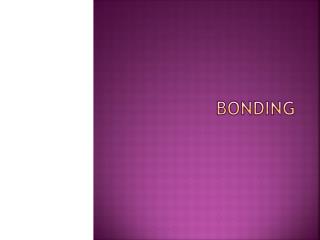 Chapter 43 - . molecules and solids. molecular bonds – introduction. the bonding mechanisms in a molecule are

Chapter 1 - . the basics bonding and molecular structure. introduction. the name organic chemistry came from the

Chapter 10 Chemical Bonding II - . the taste of a food depends on the interaction between the food molecules and taste