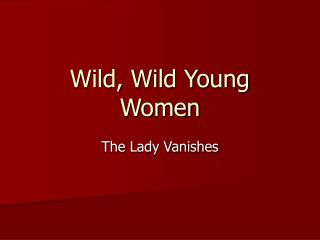 WE WILD WOMEN - If any of you are right for you, then you are in the right place. starting and growing, your dream

Young, Wild and Free - Living independent, young, wild and free is surely the best thing. however, slowly these days

Wild Friends in Wild Places - . a case study in joining wildlife and habitats for grades k-2. center for wildlife.

Wild Facts About Wild Turkeys - Next thursday may officially be called thanksgiving, yet you all know what it really is--

Project WILD - What is it? program for environmental education—focuses specifically on wildlife issues.

Wild animals - . the chipmunk – the small animal living in basic in the north america, but lives twenty five versions