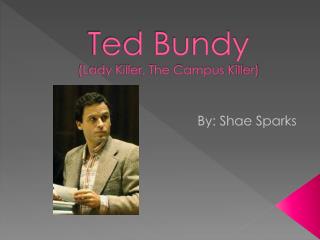 Ted Bundy - By: kirby wiley. ted bundy. serial killer: a person who kills one by one in a series. background:

Killer Whales - . by lily shropshire. what they eat. killer whales eat fish and squid and seabirds. size of killer

Ted Bundy - . presentation by: devon and carmen. what was his childhood like ?. born november 24, 1946 ted and his mother

All About Killer Whale - . the killer whale is an endangered animal. this powerpoint will give you information about

The Green River Killer - . serial killer. the definition of a serial killer: --a murderer with multiple victims (+2)