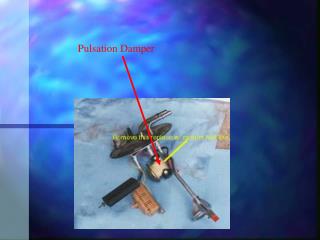 Pulsation Damper. Fuel System Diagnosis. Fuel System Requirements. The fuel system must be able to maintain a consistent supply of fuel to the engine If the engine is receiving either more or less fuel than required, engine performance will suffer. Air/Fuel Ratio.

Do we need HOM dampers on superconducting cavities in p linacs? “Yes, we can !!” - Do. often feeling as don quixote

Injection Pump - It is one of the extremely compact triplex and quintuplex pump units for injection of methanol, ldhi,