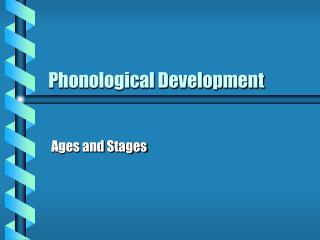 The Sounds of Language: Phonological Awareness - . today’s objectives: 4:00 connect standards to stages of reading and

Phonological Awareness: What does it look like for my students? - . the literacy link! week of january 14 th , 2013.

Reading - . reading research. processes involved in reading orthography (the spelling of words) phonology (the sound of

Phonological derivation - . kuiper and allan chapter 5.6. derivation. the processes which are involved in realising an

Phonological Rules - . rules about how sounds may or may not go together in a language english: words may not start with

Developmental Psychology - . the specialized study of how an individual’s physical, social, emotional, moral, and

Industry and Economic Development - . unit vi. according to the human development index (hdi) which of the following