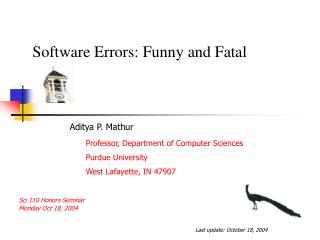 WELCOME - USER GROUP MEETING - . one day, a baby chimp asked his mum, “mum, why are we so funny looking?”. one day, a

Dolch Vocabulary Sight Words - . pre-primer level by lavonne rowland. lets get ready to read. find. find. you. you. and.

DESIGN STRATEGIES WITH RESPECT TO HAZARDOUS MATERIALS - . the nature of risk in industrial facilities.

PHLEBOTOMY AND SPECIMEN CONSIDERATIONS - . many errors can occur during these steps, such errors are considered