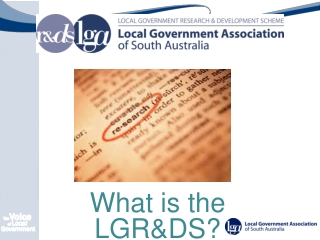 What is the LGR&DS?. Funding from Local Government Finance Authority:. Financing Local Government. It is a statutory authority established for the benefit of Councils. It is not a part of the Crown, nor is it an agency or instrumentality of the Crown .