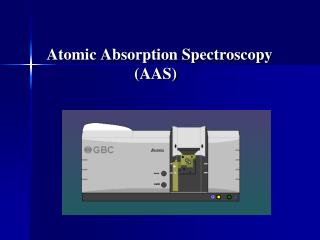 Atomic Absorption Spectroscopy - . atomic absorption spectroscopy is based on the same principle as the flame test used