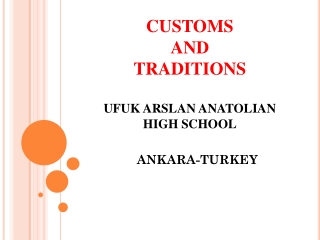 GÜNEŞLER ANATOLIAN HIGH SCHOOL - . our studies about priority. at first we the club member students discussed the topic

GÜNEŞLER ANATOLIAN HIGH SCHOOL - . our studies about integrity. at first we the club member students discussed the

GÜNEŞLER ANATOLIAN HIGH SCHOOL - . our studies about self- discipline. we asked our counsellor for help about this

Local Customs and Traditions Through School Calendar - . miory secondary school #1 grade 8 belarus. as we live in a small