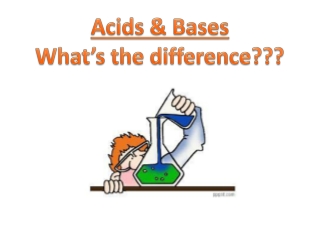 Acids & Bases What’s the difference???. What is an acid?. An acid is a solution that has an excess of H+ ions. It comes from the Latin word acidus that means "sharp" or "sour". The more H + ions, the more acidic the solution. Properties of an Acid. Tastes Sour Conduct Electricity

2–1 The Nature of Matter A. Atoms B. Elements and Isotopes 1. Isotopes 2. Radioactive Isotopes - C.chemical compounds