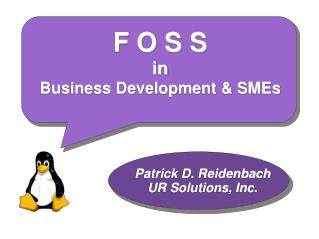 ABE – 2009 and beyond - About abe the association of business executives established in 1973 high-quality, affordable

Introduction - The use of technology to improve competitiveness of smes in the agribusiness sector dr. andré gordon

Overview of Intellectual Property including outreach and support activities for SMEs - . by associate professor rohazar