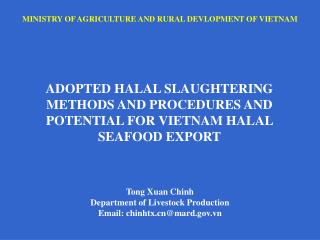 MINISTRY OF AGRICULTURE AND RURAL DEVLOPMENT OF VIETNAM

MINISTRY OF AGRICULTURE AND RURAL DEVLOPMENT OF VIETNAM

Agriculture and Rural Land Use - . development and diffusion of agriculture. defining agriculture the growing of plants

Supports to Develop Rubber Smallholders in Vietnam - . conference on “lessons learnt from support programs to

A Water Molecule’s Journey In A Plant - . maha al kaabi 8e. a water molecule starts of at the very base of the plant,