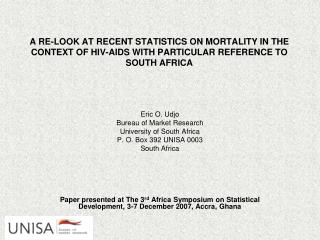 Exclusive Breastfeeding (EBF) and Child Mortality in West Africa: An Examination of the Differen - Ce in rates in burkina