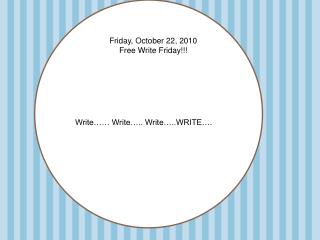 Physics 55 Friday, September 16, 2005 - Announcements. professor ronen plesser will teach in my place this friday. it

Fruity Friday - . health committee. fruity friday. on friday’s only healthy snacks should be eaten. no junk food should

Friday, October 28, 2011 - . journal: please write in your journal, the following dates, then write them in your agenda: