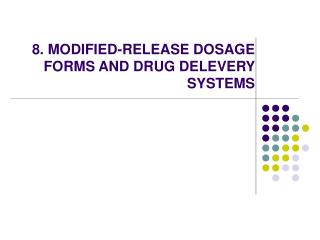 Drug dosage - . depends on multiple factors a drug usually has one desired effect that causes a change in a target organ

Liquid dosage forms - . lecture 2. solubility. ● to hasten dissolution, a pharmacist may employ one of several