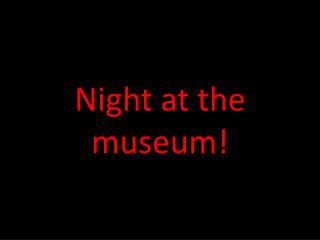 Night at the museum! Night at the museum!. Abraham Lincoln. He was born on February 12th 1809, and died April 15th 1865 at the age of fifty six. His home state is Illinois. His party was Republican and he was president for four years from 1861-1865, when he was assassinated.

Night at the museum!