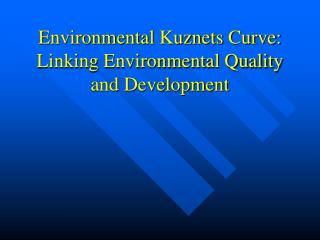 The Drivers of Environmental Change – the IPAT - . origins of the idea. does population growth, economic affluence (or

The Dilemma of Sustainability - . in order to achieve sustainability, development must occur to bring people out of

Nils Petter Gleditsch Centre for the Study of Civil War (CSCW at - Environmental security and conflict lecture at hei, 13

Environmental - . jurisprudence. law. a rule of action established by authority. defined in the most generic way by st.