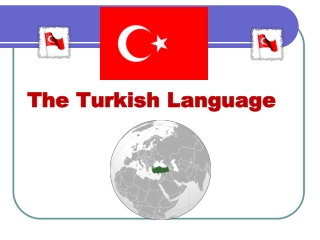 Turkish language – język turecki - . turkish alphabet. turkish was written in the arabic alphabet for over a thousand

Turkish - Introduction. the period we call ‘art deco’ occurred roughly between the two world wars 1920-1939, but

The Turkish Educational System - . formal education in turkey, which is governed by the ministry of national education (