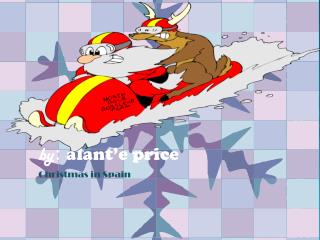 by : alant’e price. Christmas in Spain. Where is Spain ?. Spain’s continent is Europe. Spain’s hemisphere is the western hemisphere. What’s the weather like ?. Spain has clear hot summers. Price Of Diamonds - There are many elements that all need to be considered when comparing the price of diamonds. try this

Demand - Section 4.1. demand. demand. two requirements for demand the desire to own something, and the ability to pay for

Chapter 5 Practice Quiz Tutorial Price Elasticity of Demand - . ©2004 south-western. 1. if an increase in bus fares in

Chapter 4: Elasticity of Demand and Supply - . price elasticity of demand. according to the law of demand, when price