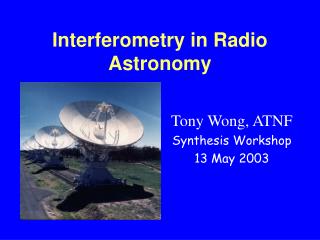 Radio Astronomy - . by looking at the radio part of the em spectrum, we can get a different perspective on the nature of

Radio Astronomy - . the 2nd window on the universe: the atmosphere is transparent in the centimeter &amp; meter bands