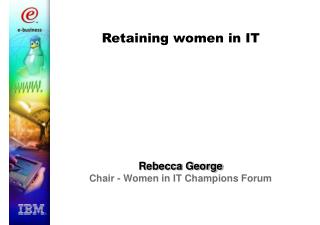 Retaining women in IT Retaining women in IT

A Brief History of Women in America - . deborah hoeflinger. property-owning new jersey women could vote from 1776 to

Reproductive Health Care for Women With Disabilities - . objectives. to identify the characteristics of the population of

S trategies for Motivating &amp; Retaining Adult Learners - Here today – gone tomorrow: why do they leave? how do