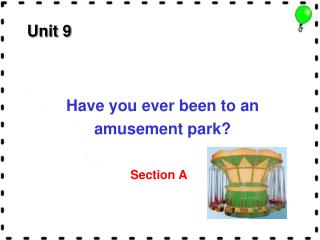 Unit 9 - . do you want to go to a movie?. sectionb. look at the movie posters and answer the following questions: what

UNIT 9 - . coordination compounds. the transition metals form a large number of complex compounds in which the metal

Unit 9 - . the tiger and the fox. chant. how are the fruits?. watermelon, watermelon. how is the watermelon? it is big.

Unit 9 - . completed a whistle-stop tour of programming language and c# basics now we will write a program or two from

Unit 9 - . hazardous chemicals. unit 9. any questions before we begin?. unit 9. this is our last seminar! please be aware

Unit 9 - . electrical measurements: meters. objectives after completing this chapter, the student should be able to:

Unit 9 - . where is the news leading us. i. teaching objectives. 1.  understand the role of the news media in social

Spelling - Unit 9 - . vccv &amp; vcccv. ballot. c ard, paper or other item used in voting a list of all possible